Our mission is to feed a million people.

& so far, we have successfully served..

0 meals for the hungry
0 meals served our first year

The Annual Travelling Stone Soup events are centered around cooking up large pots of stone soup in response to the many people in our country that are hungry (and yes, they all have a stone in them). We come to your event, farmers market, organization or school to sell bowls of the soup and proceeds will support a local food bank. Additionally, we ask for canned and dry foods to be donated for local food banks.

Peppermint Jim & Chef Nick had this bright idea in 2009, and launched it in Michigan that year. It was a success! They served thousands of people with soup made from the freshest, locally produced ingredients (which were often donated, just like the story goes). However, after that first year, he felt it wasn’t enough. He then brought this success to Arizona in 2014 & 2015..

Read on for more!

All good stories start with “on a dark and stormy night” and so does this one.

Because it WAS a very cold, Michigan night in the depth of November 2010 when two friends were talking about their frustrations and hardships they were each working through. One was a farmer, the other a chef.

The farmer had seen his share of tough times. He fought through the financial crisis as it hit farmers hard, he saw his farm go through a foreclosure, the bank evicted him off his property that he and his family had worked on for almost a century. He watched his farm go up on the auction block and thought all was lost. It was because of a miracle that he won his farm back.

The chef had also been struggling to make ends meet, working three jobs, teaching at the local community college, the art institute and mentoring high school kids who wanted to become chefs themselves.

The farmer and the chef each had limited resources to rebuild their lives, let alone help anyone else, but on that night they knew they were more blessed than many others and they knew someone out there was worse off than they were.

And so they talked about their shared passions. Both believed in community and had always followed long family traditions of helping those who were needy in troubled times. They each felt that no matter where you come from or who you are, we all have our troubles. And so the two friends decided that what bonded them together was their wish to help others, and to just even make a small difference in someone else’s life.

They agreed that they needed to lift their heads up and keep going. It was then that the farmer looked over and saw his 40 gallon cooking pot.

“Chef, let’s feed the hungry,” he said. “I have a pot large enough to feed many and you have the knowledge. All we need is a few ingredients to make soup.”

Chef liked that idea. It reminded him of a book his grandmother used to read to him called Stone Soup. He told his friend the story of community, sharing and what people can accomplish when they join hands.

The two friends agreed that they would help feed as many people as they could along the way. As long as they had a stone, a large pot, some water, each other and a community around them, they would have everything they needed to make stone soup.

And so began the journey of the Traveling Stone Soup. 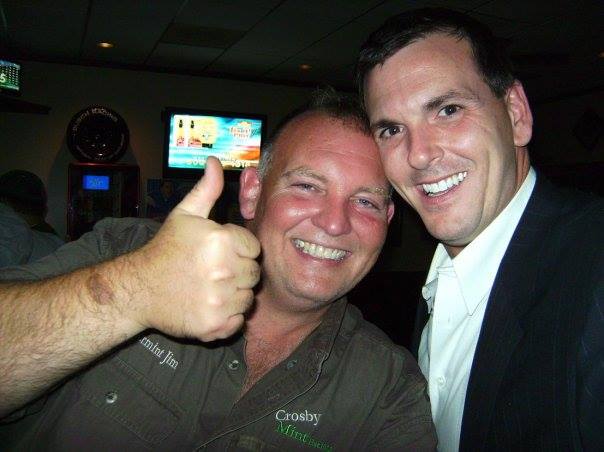 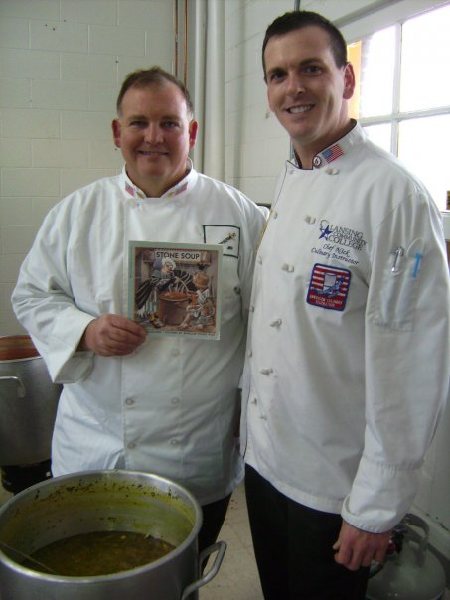 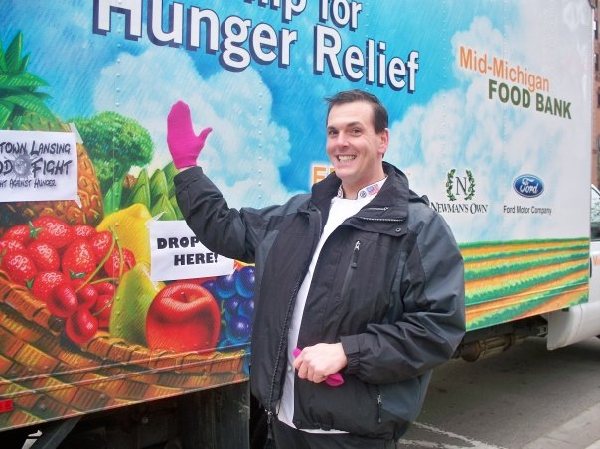 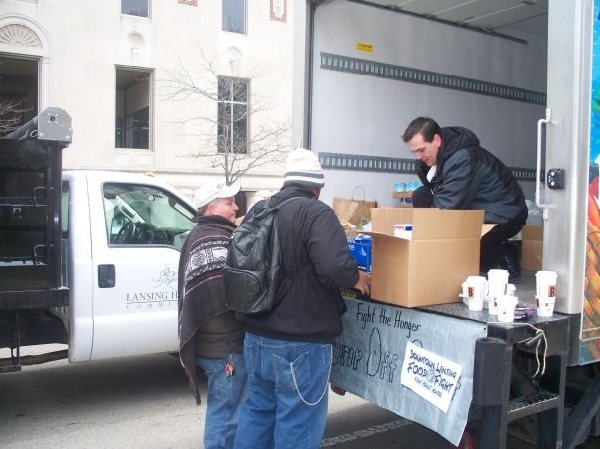 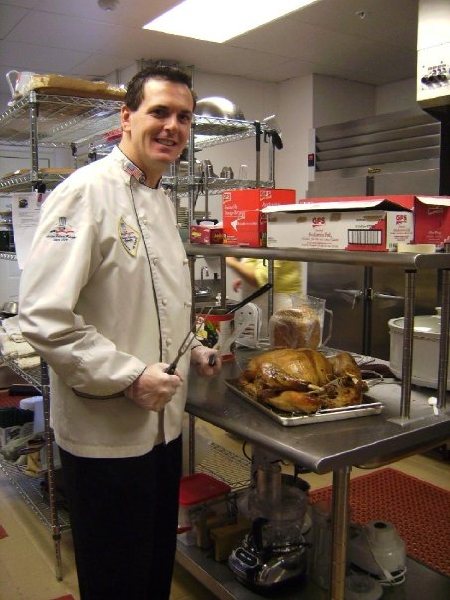 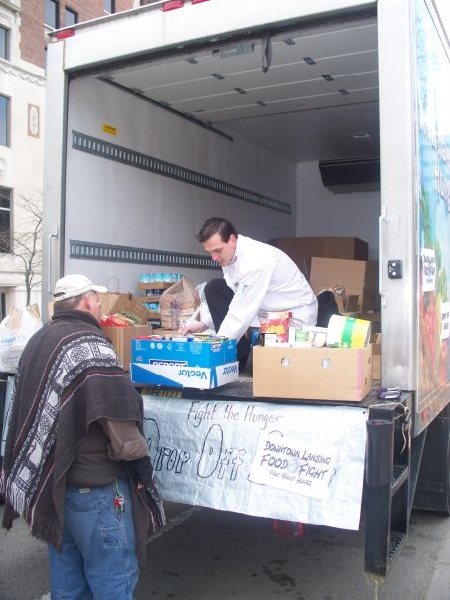 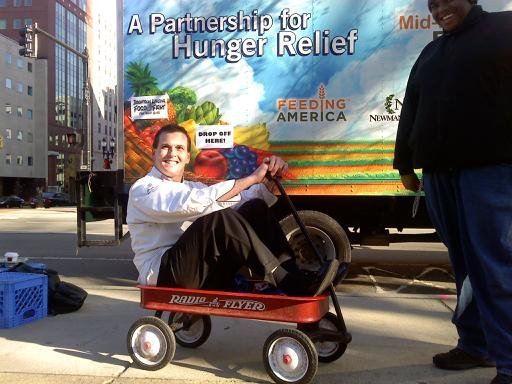 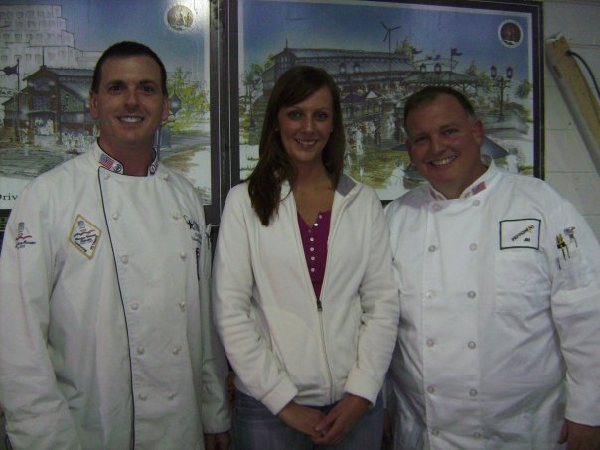 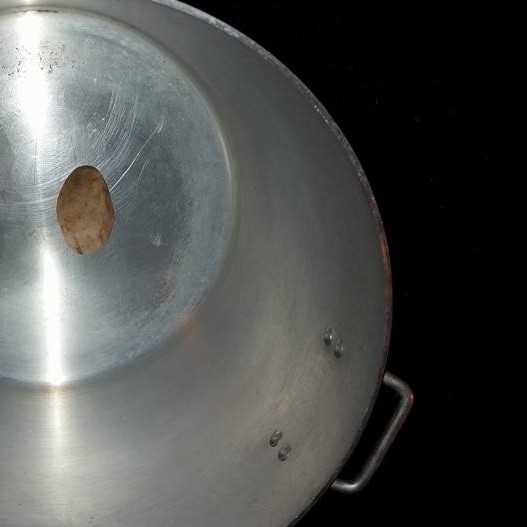 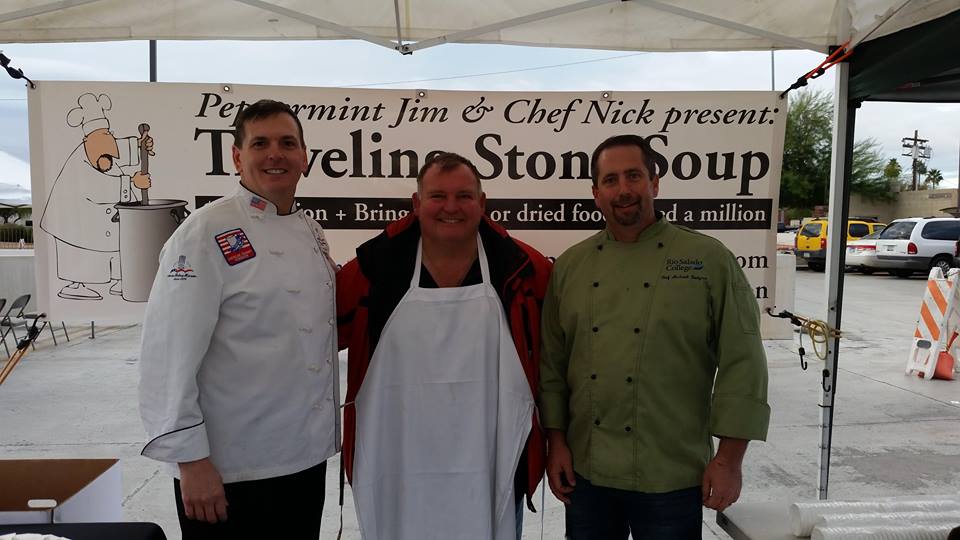 Peppermint Jim and Chef Nick’s kindness project was featured in American Profile in 2014.

They were named “Hometown Heros” for feeding 265,000 people and donating all their proceeds to the St. Mary’s Food Bank Alliance.

Help Us Reach Our Goal. Become A Sponsor Today!

Sponsor Part Of Our Journey

If you’d like to support our humanitarian events, you can do so by sponsoring part of our journey.

Help Us Reach Our Goal. Become A Sponsor Today!

Sponsor Part Of Our Journey

If you’d like to support our humanitarian events, you can do so by sponsoring part of our journey.

A special message from us: Please keep the momentum going and pay it forward – supporting your local community is one of the most important things that you can do as a human being on this planet. Together, we can change the world, by helping one neighbor at a time!

To see more pictures & hear about our upcoming 2018 event…

Thank you for your support!